There are three SERP features that significantly influence a website’s organic visibility and traffic: the local and the news packs, along with the featured snippet.

In the SEO Campaign dashboard, the Visibility for the SERP feature that's most relevant for the website is displayed right next to the overall desktop & mobile Visibility Scores. It is also represented as a dotted chart, along with the traffic metric.

Tracking all of the SERP features over time

The changes in any SERP features are tracked daily on mobile and desktop. They can be seen in: 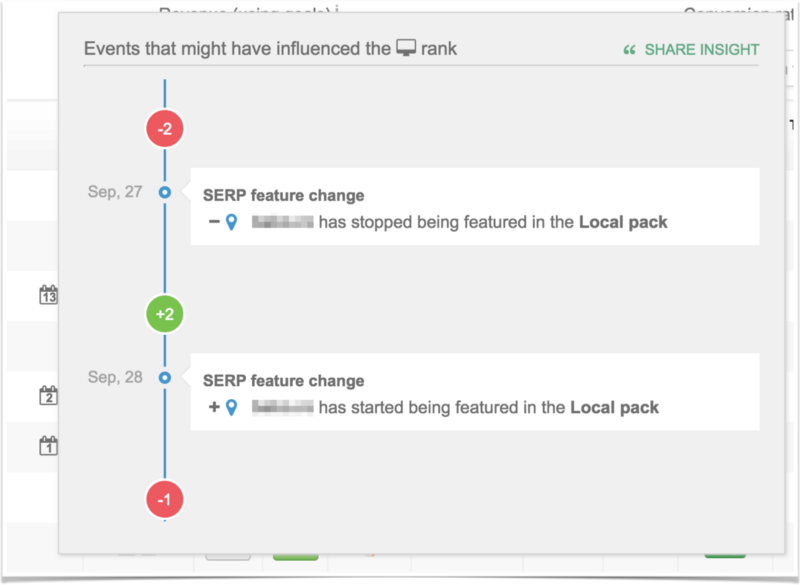 Our goal regarding the SERP features has never been to just have them listed for each tracked keyword. We’re here on a mission to transform all of the available data into relevant and meaningful insights.