The Dashboard Visibility Score and the trend

Written by Maria
Updated over a week ago

The idea behind using an average visibility here was to reflect a more realistic image of your project’s status.

For example, if your Visibility has a major change just for 1 day in the past week, that would only be an “extraordinary” event and not the normal trend it goes in. So it could be misleading, if you saw a drop/spike at first glance.

The Average Visibility score is calculated only from the SEO performance-related part of the Visibility Score for the current day minus the average for the last 7 days (current day included). 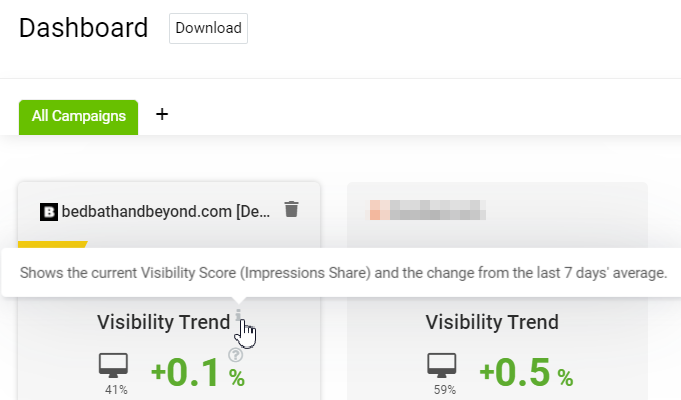 When you hover over the current Visibility, you get a pop-up showing the Visibility throughout the last 30 days.

Bear in mind that pitching campaigns will appear with N/A for the Average Visibility Score, because these don't have one, as they only have one day of ranks and Visibility. 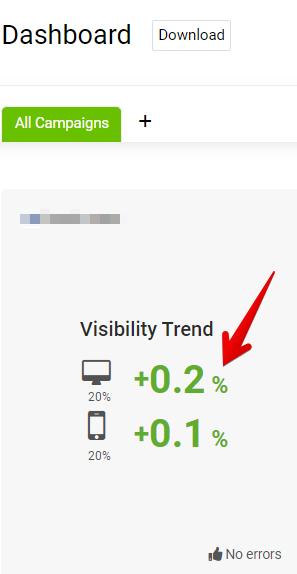 Further on this topic: