Understand how we calculate your Goal Chance to indicate your probability of success on a scale of Realistic to Too ambitious.

Written by Raluca Tacciu
Updated over a week ago

When you set up a Forecast scenario and define your goal, the system displays a Goal Chance which indicates the goal's probability of success on a scale of Realistic to Too ambitious. 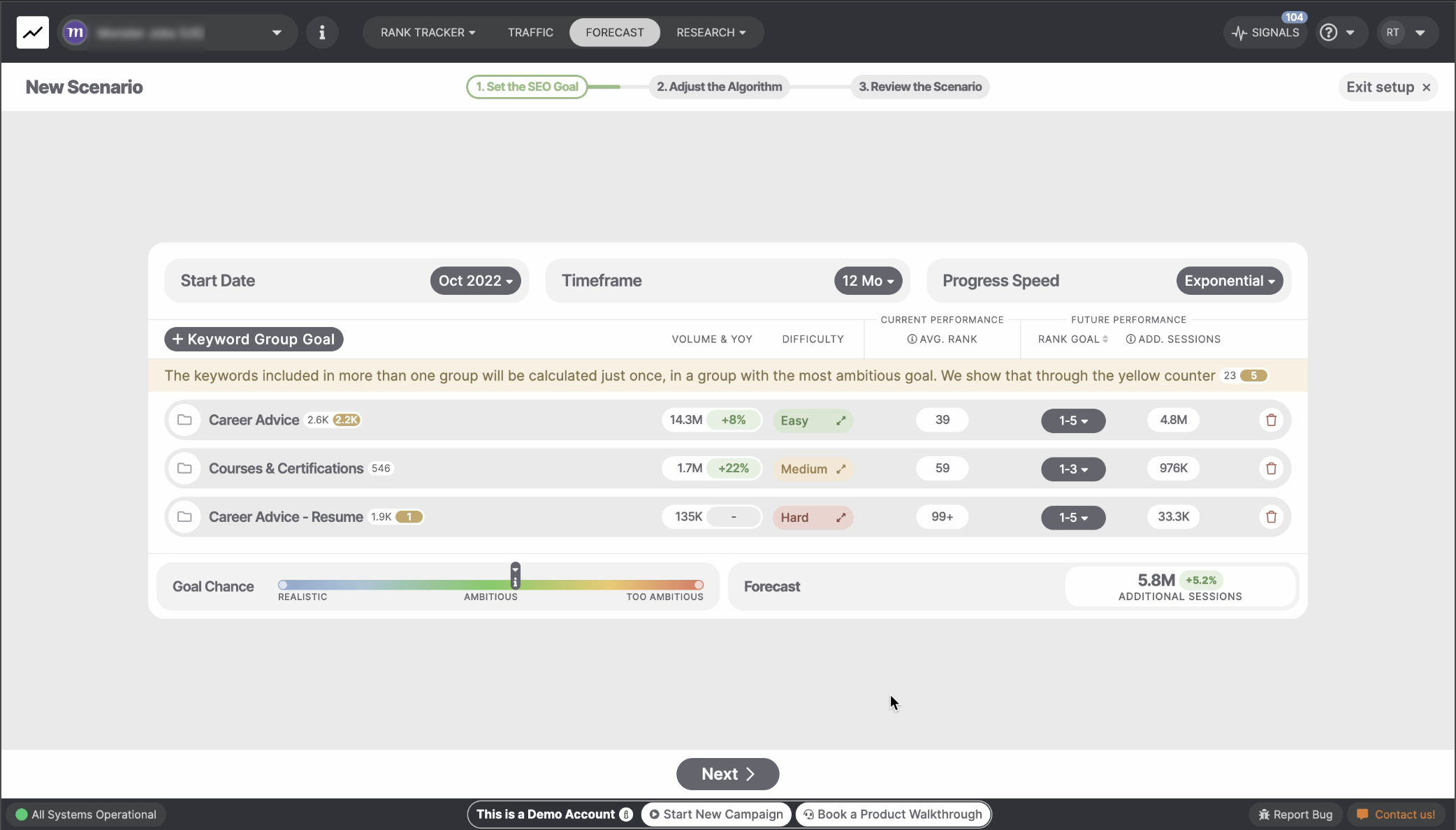 Behind the scenes, the Goal Chance takes into account the difficulty of the tracked website to rank in Top 10 for the selected keywords and the keywords' target ranks. Then it calculates the chance of reaching that goal as a numeric value ranging from 0 (Too ambitious) to 100 (Realistic).

We calculate this value at a keyword level, and then we aggregate the values for the keyword groups you select in your scenario.

The data for each keyword is already processed by SEOmonitor's Rank Tracker, and the Forecast leverages this data through a deep integration between our products.

The Keyword Difficulty is a metric we use for estimating, in 3 levels, how hard it would be for a specific website to rank in the top 10 positions for a keyword.

The Forecast shows the group difficulty (easy, medium, or hard) and a breakdown by keyword: 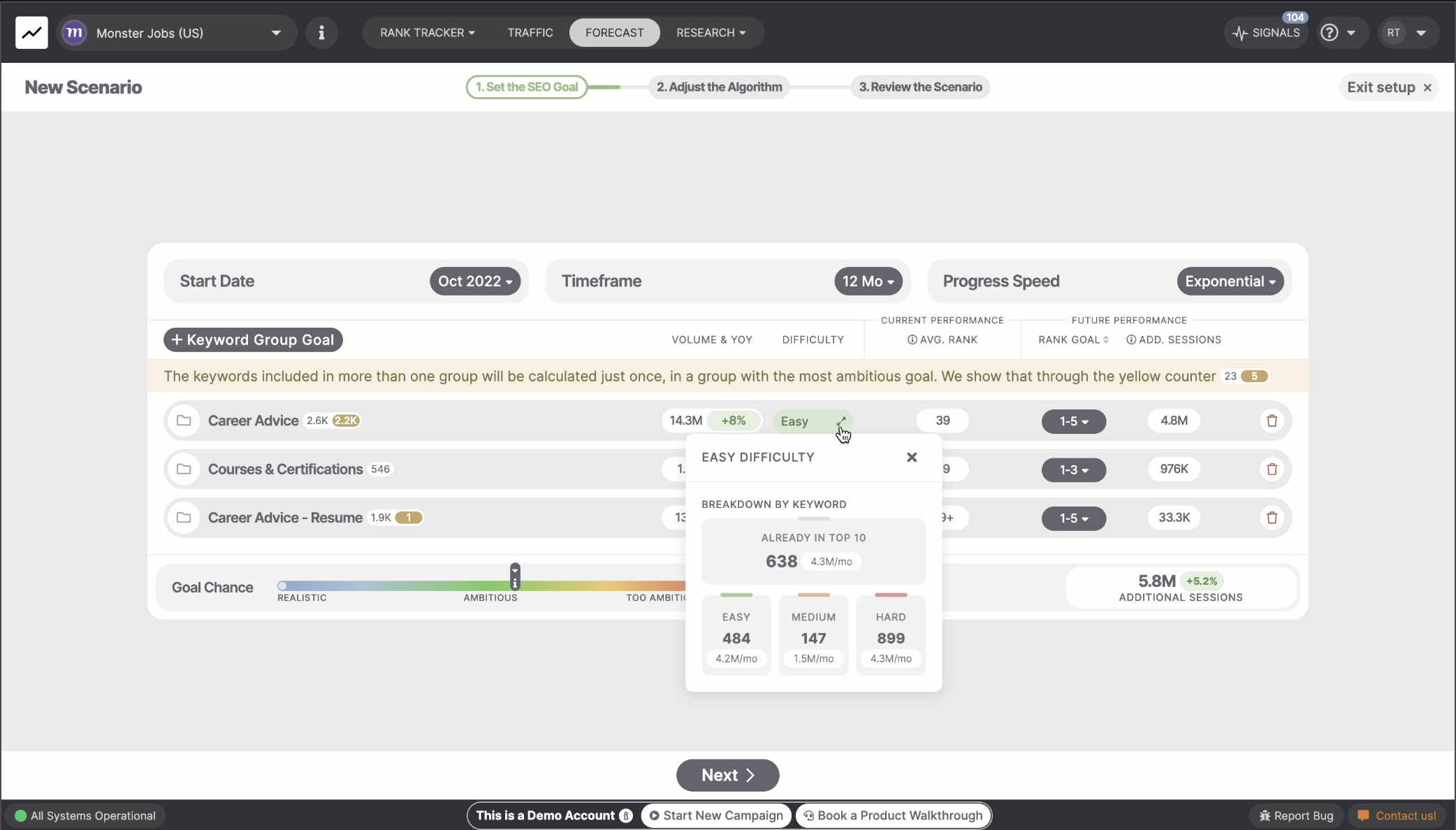 In the background, for each difficulty level, the algorithm calculates the chance of achieving each target rank in values between 0 (Too ambitious) and 100 (Realistic), according to a probability matrix:

The higher the difficulty and the target rank, the more ambitious the goal chance will be.

With the Goal Chance feature, you can easily understand your chance to rank in the desired top positions on hundreds or thousands of keywords.

Calibrate the chance by balancing the keyword difficulty and the target ranks for each keyword group you want to focus on, and decide the goal's worth based on your resources and how much value it would generate for your client's business.

You can also remove keyword groups with a hard difficulty level from the scenario, to lower your target and make your goal more realistic. This doesn't mean you'll never want to include them in your forecast. Instead, these may be keywords you can choose to optimize on later.