Measure the SEO performance trend of a website, on the most relevant SERP feature for a list of keywords, in a reliable way

This is a group-level performance metric that takes into account if a website is listed or not in a SERP feature and the search volumes of the keywords with SERPs where the feature is present.

How does this work?

There are 4 types of SERP features on which a website can be listed and which we compute the SERP Visibility for:

Depending on the type of business the tracked website has, its keywords will have a predominant SERP feature, out of these 4 above. SEOmonitor will automatically select the SERP feature Visibility for the one that is most listed on the tracked keywords.

(only for the keywords where the SERP feature is present)

The impression rate is measured in percentages from 0% to 100% where:

When processing Visibility trends as a number (ex: “+34%”, so not as a graph), the system only considers the Visibility trend generated by the keywords tracked for the entire selected timeframe, and also had the SERP feature present at the beginning of the interval.

It does that so it always shows the change in Visibility based on the performance of the website for the tracked keywords and not being distorted by the keywords that were added throughout the selected timeframe, which naturally changes the Visibility baseline of the keyword group.

The chart maps the individual days’ SERP feature Visibility, but should only be analyzed as a whole when also looking at the annotations and the details in the Visibility trend explainer. 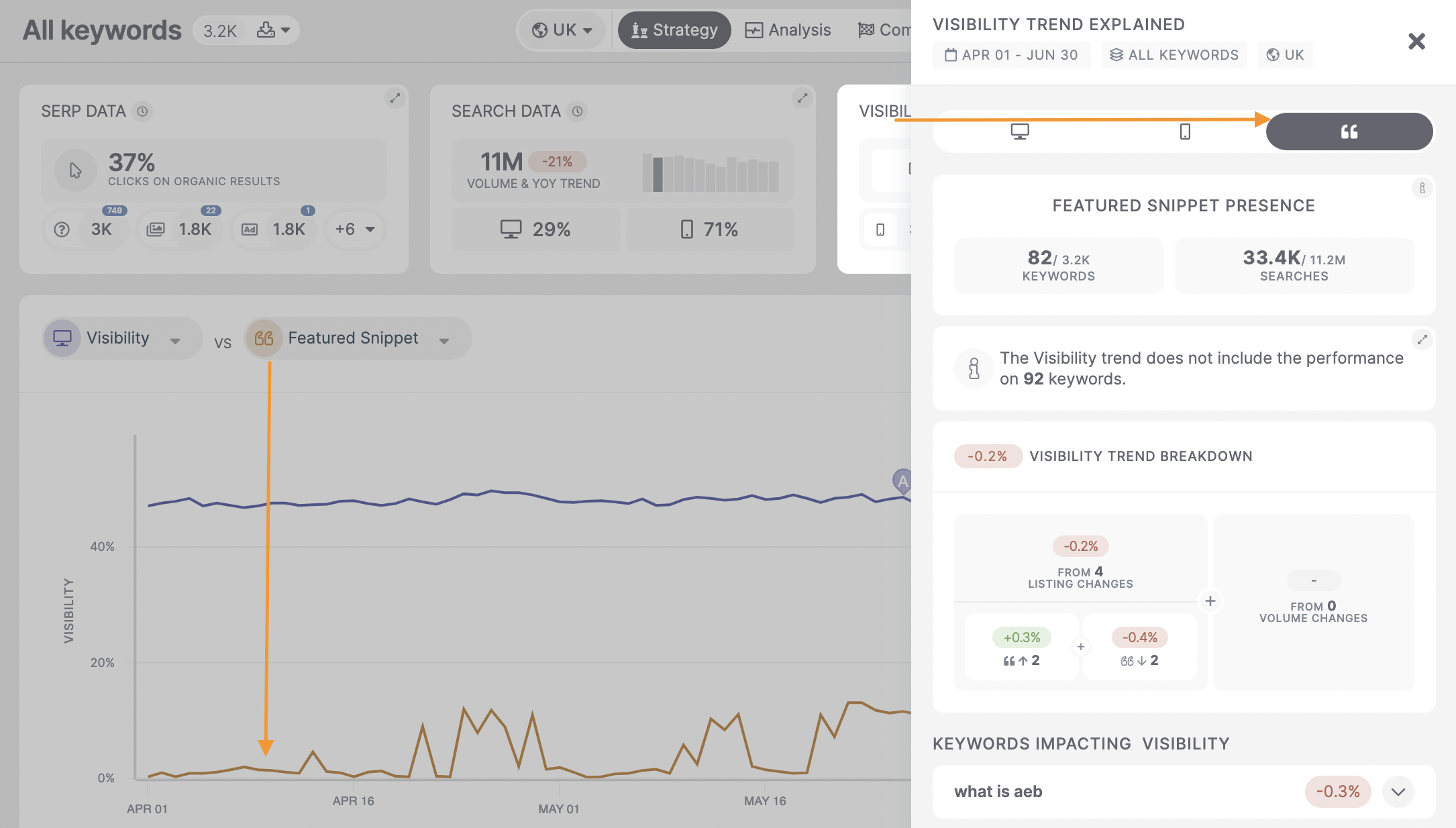 From the performance-only Visibility trend, we have also excluded the shifts in the aggregation of close variations (which rarely occur because of Google Ads).

When archiving a keyword, users can choose not to affect the Visibility historically. When they choose this option, the Visibility trend will remain the same as for the previous period and an annotation will appear on the chart to explain the sudden change in Visibility.

Comparing the same metric for the same keyword list over time shows the trend, so you can easily assess your progress.

If 100% is the maximum, then you can quantify how much you can grow by optimizing a list of keywords; a value too close to 0% could indicate that it would be too hard at this moment.