How does this work?

As the Visibility metric is computed based on keyword rankings and average search volumes, the explainer shows what’s going on, on two levels: 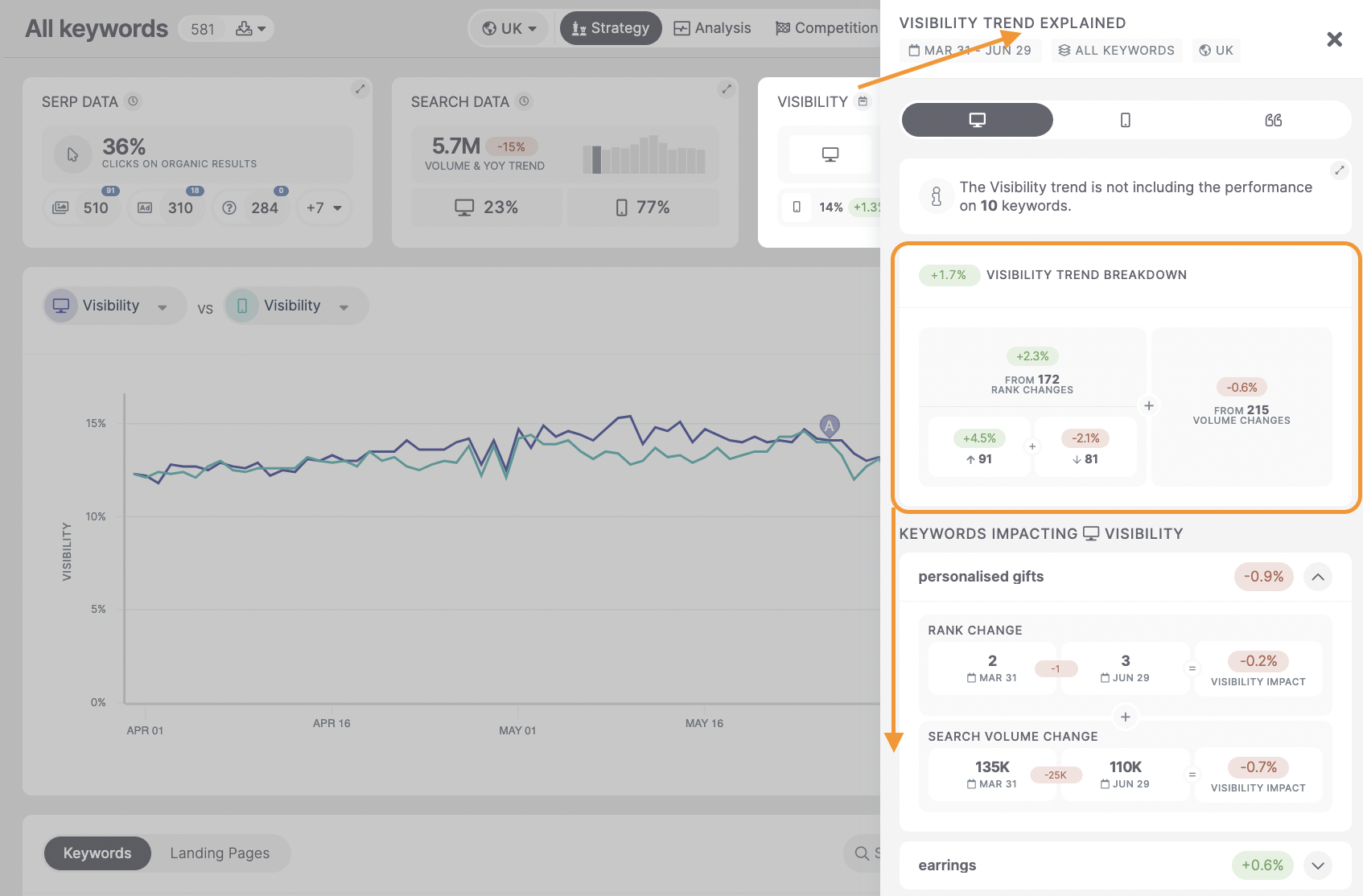 We call this the “performance-only Visibility trend”. The Visibility explainer details it, while also highlighting what keywords were excluded from the calculation and why.

Each device's Visibility trend gets its own detailed explanation.

The SERP feature Visibility trend is an adapted version of the explainer. Read more about it in the dedicated article.

To investigate what happened after a significant drop in the campaign’s Visibility, without the Visibility trend explainer, you’d have to filter and sort the keywords by search volumes and rank changes, to get some insights. And it still wouldn’t be reliable enough.

However, with the explainer, clicking on any Visibility trend data opens a sidebar detailing which changes contributed the most to the drop. This helps you quickly get to the root cause – or at least get clues that would lead you to the root cause.